Red is a primary color so it is visible in common and odd places, in varied seasons and at different times.Red is attractive charming and mystifying. Blood is red and called ‘cold’ though in reality it is quite warm.

These  images, captured a couple of years ago are part of a ‘chinaar’ tree in early Winter in Bani Gala, Islamabad. We had to leave the house where this beautiful tree was planted because it was sold by the owners and we tenants had no choice. I miss the ever changing colorful beauty of nature. Our present residence has no such trees, though harvest fields are close by.

Hope my readers and viewers will enjoy the joyful red from a slice of life.

The Bardo Group Beguines, publisher of The BeZine, is pleased to welcome Mbizo Chirasha, Anjum Wasim Dar, and Kella Hanna-Wayne to our team.

Time is moving,life is changing and the climate is taking various strong surprising and damaging forms.

2019 slipped away, but left deep scars entrenched on the hearts and souls of many.
Crushing of humans and human rights continues.

2019 was a year of creative writing. For the first time I was able to write 30 poems in thirty days in April and throughout the year wrote 12 special poems and 12 short stories. The biggest count was for The Poet by Day with more than 40 and some translated in Urdu, another first.

‘Shadows fall and I try to drive you from my mind’
I feel I grieve for my place of birth as my native land remains locked blocked and occupied. I may never be able to set foot there.

Climate Change people say, the sun is strangely red, a whole continent is engulfed in deadly fire, millions of birds and animals have breathed their last, many are suffocating dying. Humanity is restless,out on the streets by hundreds and thousands, protesting, asking for their rights,asking for what belongs to them, in vain.

‘Dark smoke’ rises, overshadows the light, eclipses the sun and the moon…is the light of peace fading away?

Why we laughed, why we sang, then why we cried,
silently in pain we suffered, in the remains,
and the stories continued, told, retold, as lands
were sold-
and rivers ran dry, who will care? who cares?
walking failing drifting falling
Look Beware’
The crown on the statue looks fixed
studded freedom-
and we were so innocent playing games,jumping ropes
and reading white and blue, and all that was red

And we should have known, blacking,
slavery is not dead,
come under the shadow of the rock, you will find
flowers, silently growing, receiving showers,
touch not the forbidden
but seek the Unseen, The Hidden

Come to success, come to salvation.

With profound joy filled with sadness,wishing farewell to time, not old not new but more glorious, hopeful colorful and peaceful. December glad tidings festive days and nights of celebration, gratitude and greetings.

The world talks of peace togetherness love and brotherhood, but no sooner than the fireworks spreading stars sparks and embroidering the night sky with multicolored shiny streaks and bursts are over, then out come the other firearms.The warm blood filled with love care and closeness, bleeds like rivers on the roads…shouts of joy and jubilation turn to screams of mourning. Oh Humanity wither dost thou wish to head ?

2020 is number 4 ~ a number denoting ‘change,life to start all over again and again’ but are we so weakened with hate and so strengthened with revenge that nothing but Death is in sight?

Let us not call the days that are the same, The New Year’ I feel we are like the parrot who learns words and repeats them without any reason or understanding. Kill or be killed ‘ prayers become ineffective and untrue. Do we really wish for peace?

No, maybe the parrot is more peaceful in the cage, feeding on sunflower seeds and peanuts and some water… our guest for a few more days as owners travel abroad-
his soft whistles bird sounds and mimicry of many other household sounds including the ‘hello’ bring joy ~     Thank you Birdie you are so innocent and yet we keep you caged ~ did you annoy anyone ever ?
But rightly you have been named Captain -you do remind me of Long John Silver’ maybe we shall find a treasure chest soon’
So let’s close our story here,to be continued God willing Insha allah- I will ponder on Shakespeare’s quote meanwhile…The Lord is Most Gracious Most Merciful    and loves to Forgive…

“My words fly up, my

thoughts remain below: Words without thoughts never to heaven go.”

All day yesterday visitors were flying to the original 2017 posting of these poems at The Poet by Day. It’s not hard to guess what is driving interest in them. Here the poems are again for all to read and ponder along with a word from Bernie:  “Trump promised to end endless wars, but this action puts us on the path to another one,” Sanders declared Thursday . . . He . . . framed it as a moment of moral gravity akin to the run-up to the Iraq War, not least because so much of the present conflict with Iran stems from the fateful intervention that began in 2003.” MOREHuffington Post

Pity The Nation
Khalil Gibran, 1933, “The Garden of the Prophet”

Pity the nation that is full of beliefs and empty of religion.

Last sunset or the first sunrise, every day seems the same.This day too shall pass.
Schools will open, traffic will move on the road children will go to their  class.

2019 proved to be a year of poetry stories and lots of successful creative writing opportunities, but at the same time climate changes surprised humanity, turmoil prevailed in many lands, refugees were forced to flee and human rights were crushed mutilated and trampled depriving millions of human beings of the right to live an honorable safe life. Those in power showed madness in manner which unfortunately had a brutal method in it’.
I lost my place of birth -Srinagar in Kashmir.I have no hope now of ever returning to set foot on native soil.
Freedom Freedom we want freedom’ the cry in free countries sounds extremely strange and scary. Turmoil fear and unrest overtakes young people as the existence itself is at stake.
who owns the land? the Creator’ where do we go after we breathe our last? in the soil, mixing with it till the time to rise again will be…

Looking back writing’ helped to stay calm, to remain occupied in meaningful activity, to make friends and build a virtual friendly joyful community ~
Thank you All-

Wishing you All a Peaceful Joyful successful Happy New Year 2020

FIRST   A TRIBUTE
2019 has been ‘ A Year of Poetry, Stories and Challenges’

Honoring the Gifted and the Gracious  POETS & WRITERS  Who  inspired motivated supported  and promoted powerful  ‘Poetry, Writing and  Short Stories’ 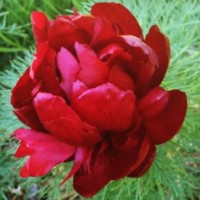 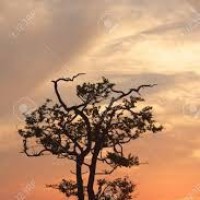 a blog of my journey with chronic and acute illness, gratitude, struggles, and finding joy in every day things, book reviews, my published poetry etc

THE POET BY DAY

Writing Between the Lines

Life From a Writer's POV

A Poetry and Literary Activism Republic for Literatures of Resistance , Freedom of Expression and Protest Poetry

Post, news, diary... All the world around me, ALL THE WORDS AROUND YOU

Chronicles of an Anglo Swiss

Welcome to the Anglo Swiss World